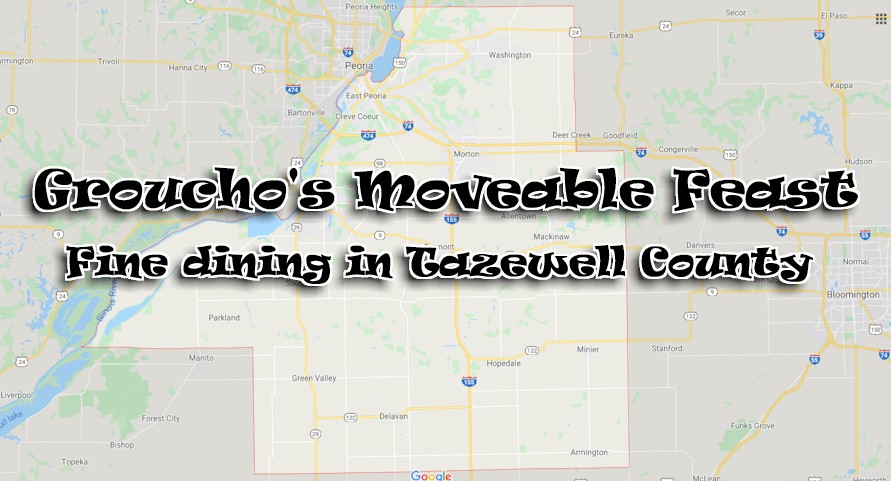 Nestled between two major cities on the I-74 corridor in Central Illinois is a huge swath of land called Tazewell County. Its literally our own version of fly over country.

We joked a lot on the show about recording from Pekin… And certainly, Pekin is the but of many jokes whether on our show or in casual conversation with anyone who knows the territory. From my house, nestled in Tazewell County, I googled “Gourmet” and what should come up as a local business??? Red Robin Gourmet Burgers. Second up was Jimmy Johns (freaky fast) Sandwiches. Thats where we are at Tazewell folks!

Its with this in mind that Groucho wonders to himself what we have to do to get a little more respect for this glorious area he has called home more than anywhere else in his entire life.

Groucho is going to start “efforting” some locations and reviews of Tazewell County eateries and watering holes that may not be know to those in the big metros of Peoria and Bloomington/Normal.

Unlike Hemingway and F. Scott wandering the south of France looking for a decent fried chicken dinner. You will have a heads up on where to get a decent provincial burger and wash it down with a cold lager or craft beer. All with the goal that it can be found within 20 minutes of the big cities in McLean and Peoria counties.