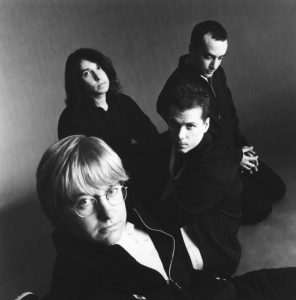 Over the years we have leaned on one song over and over for our intro.  “Drunk and in Love” is not the same song sung by Beyonce.  No, we picked a band that Groucho and CHUD have loved forever!  Too Much Joy.

Back in the 80’s…  Groucho watched a video on 120 minutes for a little known band from NY.  It might have been one of the handful of times that “Making Fun of Bums” was played on MTV!

Since that time…  We have become huge fans of TMJ.  Even travelling to the Knitting Factory in NYC for their 20 Year anniversary show a decade ago!

Groucho reached out to lead singer and defacto band leader Tim Quirk back in the late 2000’s and asked him if we could use his song for our podcast.  His exact response was “Sure, let me know when you have made your first million.”  We are still working on the monetary rewards.  Even considering all the freebies, if we made 10 bucks… I’d be shocked!

Here is a link to the full song on YouTube.  Enjoy!