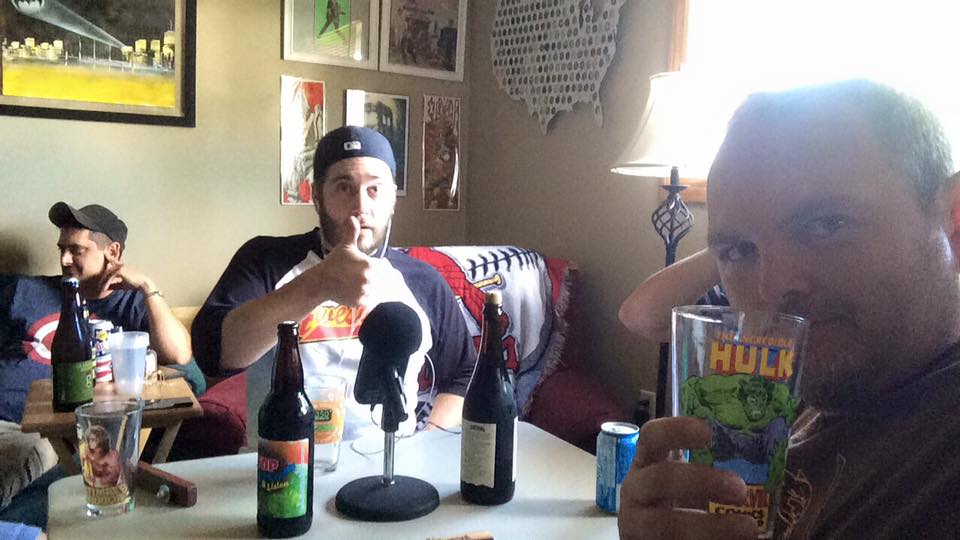 Groucho makes the leap and heads over to see whats going on over at the new Drunken Lullabies studio.  Why not include it in our feed?

These guys are great!  Dustin, the Voice, rolled out the red carpet and Blake rolled out the amazing beers!   Even with the age gap, we found tons of common ground and uncommon ground.   See Groucho pissing all over David Bowie later in the show.

This show did have a “morning zoo” vibe to it… That probably comes from it being a housewarming party and podcast.  There were people coming and going during the show.  How Dustin can keep this crew together is reminiscent of the great and powerful JefferyT at Good Beer Show years ago.  (Look that one up noobs)

Thanks for having me and I am looking forward to the next show with even more guests!

The Voice is throwing a Bottleshare party at Drunken Lullabies Studios and we’re pregaming on this episode. Joining the show this week is Beermansky, Hippie, newcomer Andy Savage, as well as Godfather Groucho of The Beer Report. We drink some great beers Buckledown, Shipyard, Grassroots, Hailstorm, Mikerphone, Goose Island, and Destihl. Our Band of the Week is The Temperance Movement from Scotland. We enjoy two songs from their new album White Bear and talk about Smells Like Pancakes, Bahamas with Beermansky, Poker Machines Everywhere, Luc Longley, “I’ve Thrown Up On a Show Before”, Scratch Off Intervention, Beloved Comedian Robbie Williams, Marion Berries, Biff Tannin & Hops, Bowie Is An Iceberg, Star Wars, Baby’s First Taste, and Music Man Singalong.

Link to the show:  http://traffic.libsyn.com/drunkenlullabiespodcast/DL_EP37_COMPLETE.mp3