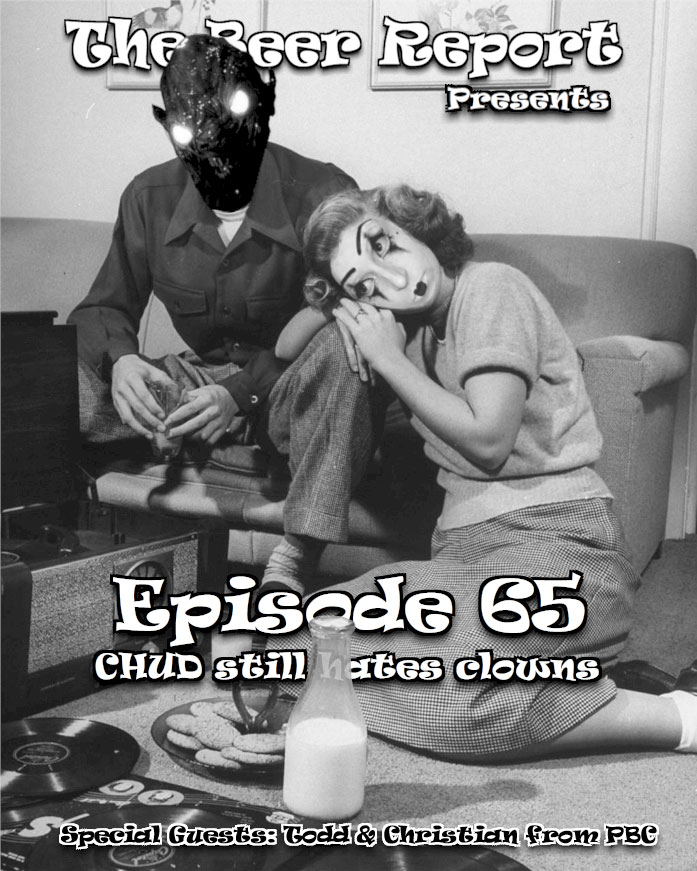 We tried to overstay our welcome with Todd and Christian at the Peoria Brewing company, but they were game for all the nonsense that we were spewing on this episode of TBR.  This is a full blown show, don’t think its just a filler piece.  (Well, aren’t they all?)  You get a solid 20 minutes of beer content interweaved with talk about “Chud’s girlfriend at the time”, Clown fears, Stevie Knicks (SP? Didn’t care enough to look it up) and Bob Dylan.  Sounds like a normal show to us!

Thanks again to those guys letting us hang at the Peoria Brewing Company.  Thanks for the free samples and we look forward to all the progress reports on the facebook page.  https://www.facebook.com/PeoriaBrewingCompany

Link to the show:  http://traffic.libsyn.com/thebeerreport/TBR_65_-_Chud_Still_hates_clowns.mp3