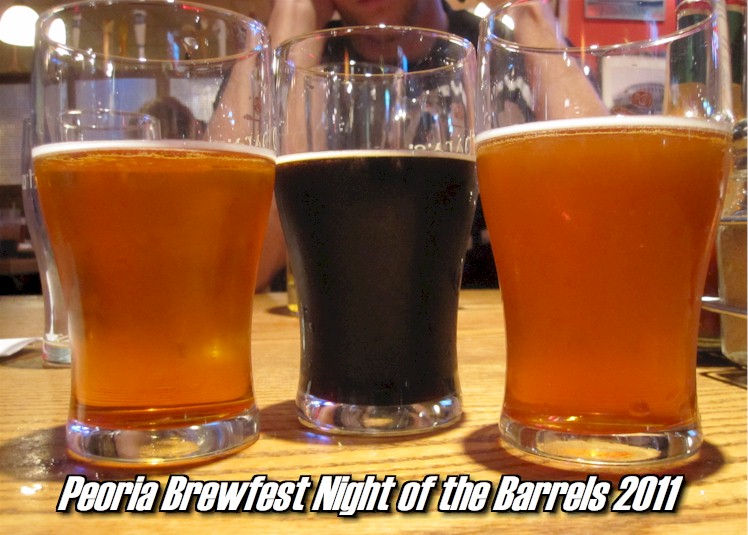 Oh man! Groucho and CHUD “no-show” two years in a row! Its hard to look like a respectable Downstate Illinois Beer Podcast without some commentary on the local beer events.

Last year we had the Darklord Day in Munster to blame… This year… Nobody to blame but other commitments with friends and family. Oh, and the fact that we did not get tickets to Darklord Day or the VIP tasting tent at the Brewfest.

I’ll cut right to the chase here.  I was not terribly disappointed to miss the fest last year and that feeling has carried over to this years event.  I am sick of being the first one there in hopes that I will have an hour or so to try some beers without being surrounded by a gathering frat party.  A party that swells to smothering proportions, thus making movement near impossible!

I hate to sound like a cranky old man.  But, I am done with that scene.  So, when I heard that they had a VIP tent with special brews and some contests…  I was all for that.  Unfortunately, I found out about it too late.  It was SOLD OUT.   On a sidebar, I was happy to hear that this type of set-up was being experimented with.  I was beginning to think that the Jaycees (Charity that benefit from the proceeds of the Brewfest) were willing to turn the Fest into a drunkfest all in the name of scoring more dollars.

Next best thing:  Night of the Barrels?

Several years ago… The Peoria Brewfest had a re-imagining of sorts.  Brewers were invited to participate in some pre-fest activities…. And they generally made a showing at the festival tables the next day to pitch their brews to the thirsty masses. The main (and possibly only?) distributor to the event, Specialty Distributing, had a strong crew of craftbrewers that were willing and able to make the drive to Peoria.  It was amazing.  Brewers and sales reps were at Kellehers or Old Chicago with samples of their hard to find beers.  You could go to this event and be as satisfied with the beer samplings, if not more so, than wandering from table to table at the fest on Saturday.

Lets be real frank about this…  Night of the Barrels (NOB) is not like it used to be. And that is NOT a good thing!

I used Facebook and Beer Advocate to track down a listing of the beers available on draft at the Old Chicago and Kellehers for NOB.  They do them simultaneously across town from each other.  In years past they rotated the annual event between these two restaurants, but I think they have done this split deal for some type of appeasement.  I think that is the first problem.  It is such a minor event that it may have turned into a non-event!  The beers listed at Kellehers were all Belgian Style ales.  Old Chicago had some Black IPA and Lefthand Widdershins Barley-wine.  It had to be Old Chicago for me.

When my group of 6 got to the bar at Old Chicago at 7PM, I was hard pressed to tell that anything was going on out of the ordinary.  The bar was crowded.  But they were not drinking “flights” or craft beers.  It was mostly a dinner crowd drinking macro-brews.  I kept an eye out for any other activity or usual suspects in the crowd.  No dice.

More disconcerting than the lack event atmosphere….  Was the complete lack of knowledge provided by our server in the bar area.   When I asked our waitress about the flights… She asked which one I wanted.  Thats a fair question, but I was not provided any info on ANY flights.  When she came back, she had a list of the flights hand written in her order book.  I ordered flight 3.   See the image above.

When my flight of 3 beers arrived…  I had no idea what beer was what!  They did not provide any labels, place-mats or table placard with info on the beers.  It was like a blind taste test!  For me, this is not a big deal.  But, you have to imagine yourself as a new consumer whenever you do these things…  I think it would be a train wreck for a beer noob to get 3 random beers like that.  You are not promoting ANYTHING!

I ended up getting another flight after the first one…  I have no idea what they were.  After that, I asked the waitress what else they had on tap.  After determining that she didn’t have a clue… I walked up and looked at the tap handles.  I ended the night with a full pint of Darkhorse Brewing Company Blueberry stout.

This is a brilliant beer!  It even takes the sting off of wasting your time/gas to participate in this mess.

This whole experience has had me down for the last 2 days about the future of beer events here in Peoria.  I was happy to hear that my friends Chad and Mike had a good time today at the beerfest VIP tent.  Chad twittered that they even won some Utopia’s.  I am interested to hear their review of how it all went.

Previously, Chad had told me that the Stone Brewing launch party at Kellehers was outstanding, and reminiscent of the glory days we used to have around here.

So, maybe not all is lost?  I kinda feel like one of those a-holes who doesn’t vote, but still complains about the administration.  I didn’t participate in the fest this year, but I still feel compelled to throw out my opinion of it.  I don’t think I am being unfair in saying that the NOB event was a bust.  Below is a picture of the bar at 10PM. 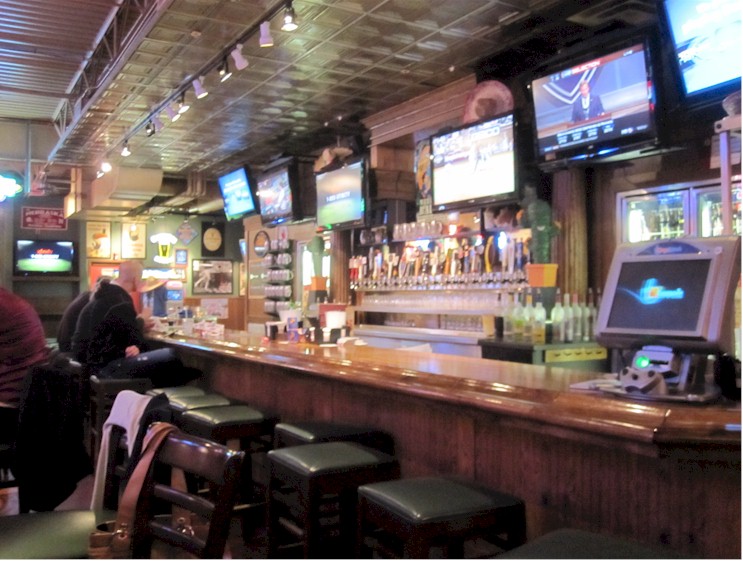 If they want to scrap Night of the Barrels and focus on things like the VIP area during the fest, it might be the better way to go.   I miss the interaction with the brewers.  Night of the Barrels was used to be that rare opportunity to chat and have a little fun between brewers and the beer geeks!