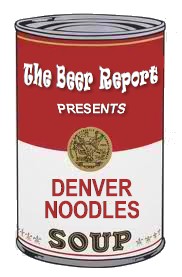 Groucho went on vacation… And brought back beer! Shocker right??? So, you get to hear about some beer from Denver and the local Denver liquor store… You also get a heap of Groucho and CHUD’s “noodling” conversations that lead everywhere and nowhere! Thus, you get Denver Noodles!

Beers on the show purchased at DaveCo liquors somewhere outside of Denver. Thanks to “Dave” at DaveCo. (He was not “THE” Dave… But a cool manager who hooked us up with fresh Pliney!) http://www.davecoliquors.com/