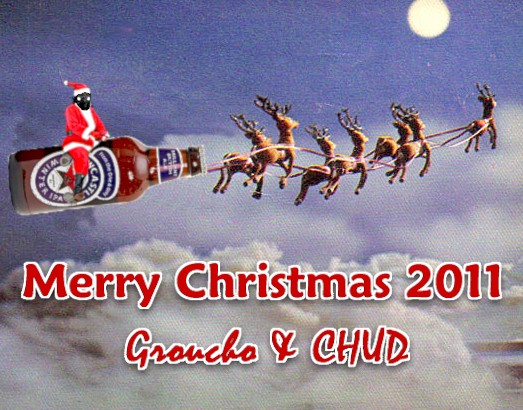 Epic long show!  80 minutes…  Savor it until 2012!  CHUD swings by to record one more show before the end of the year.  Grab a few and listen in while we listen to some Christmas music and drink some amazing beer!

Another Classic from the TBR Vault… Enjoy this classic Christmas Edition Beer Report with a loved one… And see if you are still loved by the end? Cheers, Groucho & CHUD

Christmas music on the show by She & Him, Sufjan Stevens, Bowling for Soup, Dean Martin, Slow Club, 3 Redneck Tenors, They Might be Giants,  The Killers. 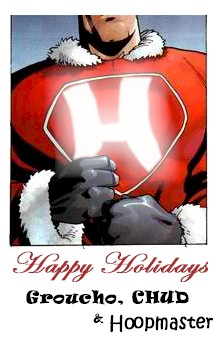 Another fine re-run is here for your enjoyment… This time with our favorite 3rd wheel… The Homeless Hoopmaster.  This guy is a hoot.  Have fun listening to this one.

Just in time for the Holidays!  The Homeless Hoopmaster revisits Pekin Beer Report Studio for a friendly visit that soon turns to trying to find a decent beer from Kentucky.  Sorry Kentucky if you are reading this… But the examples of beer on the show did not serve the state well!  Which is sad, we had high hopes for the BBC brews after having some good special editions beers in years past.  But, then again, with bad beers, come lots of non-beer conversations.  Notably…  CHUD is very upset about current TSA screening processes.  So, if you want some timely conspiracy talk mixed with your beercast…  Tune in!

Segue city!!!  The longer is goes…  The more abrupt this interruptions!  Hoops has mad conversation skills!

Side note:  Hoops keeps grinding on the table with his beer!  Sorry for the pounding you hear all over the show.  Next time he gets a boom mic!  Groucho, the producer should have caught that while recording…  But Hoops is an energy that is hard to contain!

Da Yoopers were shamelessly ripped off… But we cut the song down.  Seek them out!  They sing such classics as : “The Bears Still Suck” and “2nd Week of Deercamp”! 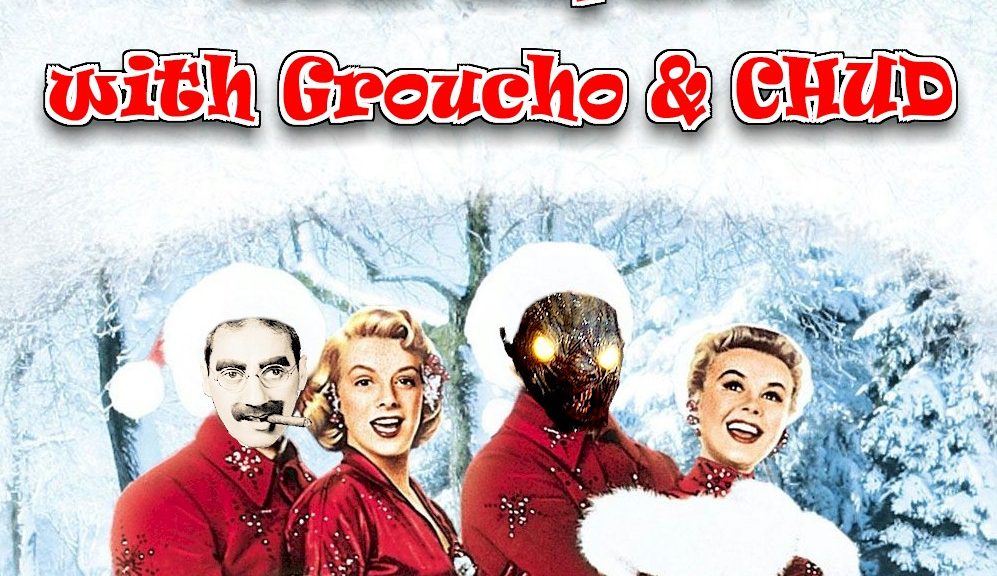 Another show from the TBR Vault…  Enjoy this show from 12 years ago as Groucho and CHUD are waxing poetic of Christmas’ long ago.

Seasons Greetings! We take the holiday head-on by trying out a bunch of festive beers! This is a lengthy show… Lots of beer and non-beer talk, some drunken singing, and a song. Hopefully, a present for everyone!

All the beers on the Holiday show were purchased at Broadway Liquors in Pekin IL.

Its that special time of the year… And we haven’t produced squat… So, why not pull out this classic from the TBR vault.

Groucho and CHUD talking about Ever-clear Channel Christmas parties, strip clubs and Dean Martin singing a classic.  (Not Baby its cold outside.)

Cuddle up by a tire fire and enjoy this 13 year old gem.