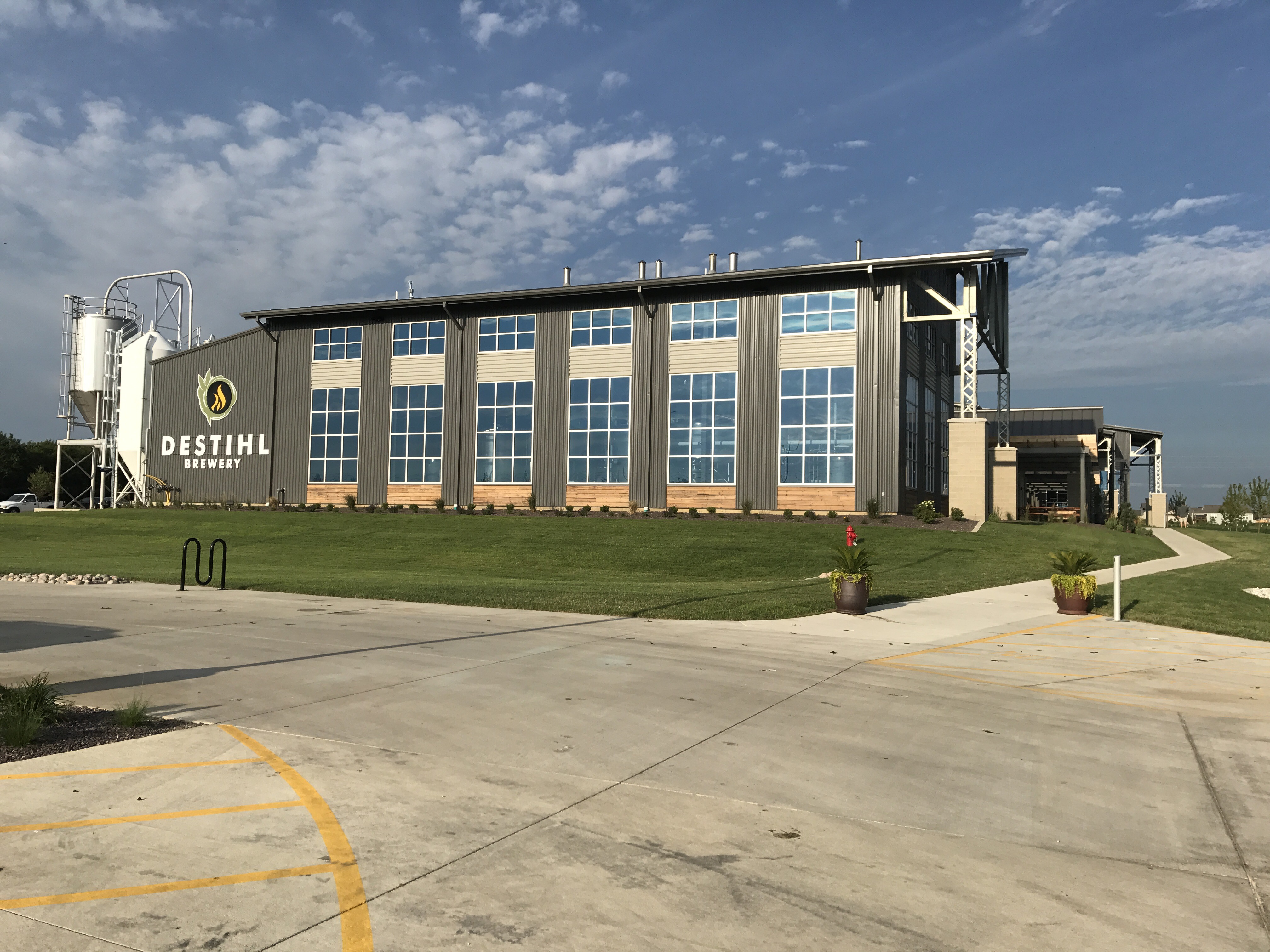 Tonight I had the chance to swing by the new Destihl Brewery on the north side of Bloomington Normal.  I can say with confidence that I have experienced all levels of Destihl to this point.  Matt Potts and his team were very kind to The Beer Report when they first opened the brewpub at Shoppes of College Hills.  One of our greatest moments in TBR history was reporting on a beer brewed with vaginal yeast (Not at Destihl) and watching Matt nearly spit out his beer.  We were there when the production brewery opened and have been amazed and thrilled with the success of the “local guys” as we see their product now line the shelves of our local liquor stores. 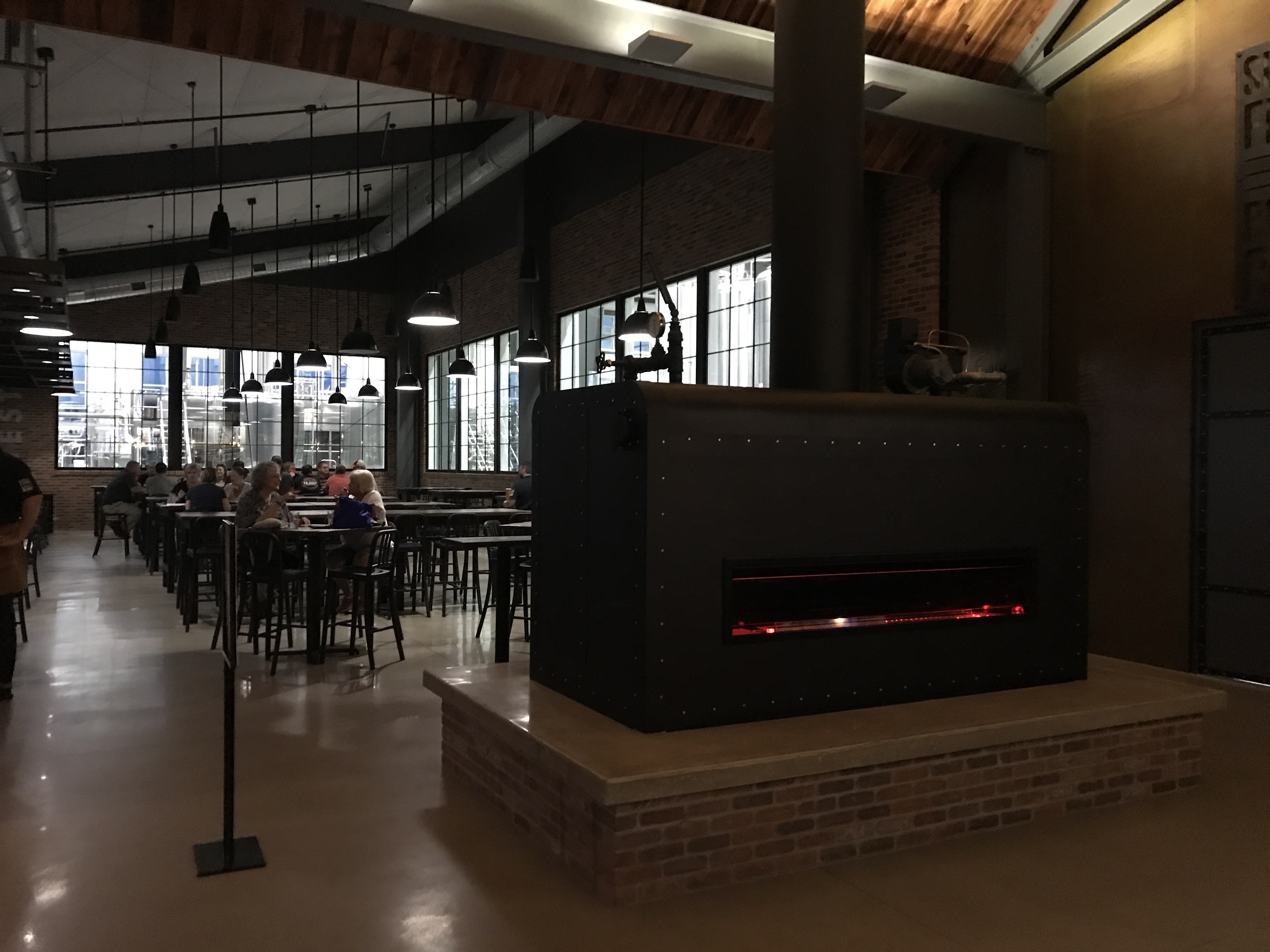 The new Brewery is a natural progression for Destihl.  They have built up gradually, all the while making amazing beers that are becoming sought after nationwide.  Using that momentum, they have spread slowly and steadily across the US and have now built a world class facility.

World Class?  Um yeah.  I have been a few places over the years.  Destihl is blessed to be in a town that has lots of free space… And it pays off in a facility like this.  Once a cornfield, it has been replaced with aesthetically pleasing open great hall with huge amounts of glass and steel show off the epic space.  This vast cavern was surely the dream of every Viking king making a great-room for his clan.  Every table in the house has you surrounded by tap handles and fermenters.  You know you are in a brewery, but you also know you are in the most modern iteration of what a brewery can be.  When I go to Stone Brewery and Beer Gardens in Escondido California… I am taken by the sheer scale  and bold architecture.  Destihl is no different.  They have strong bold lines in every direction. 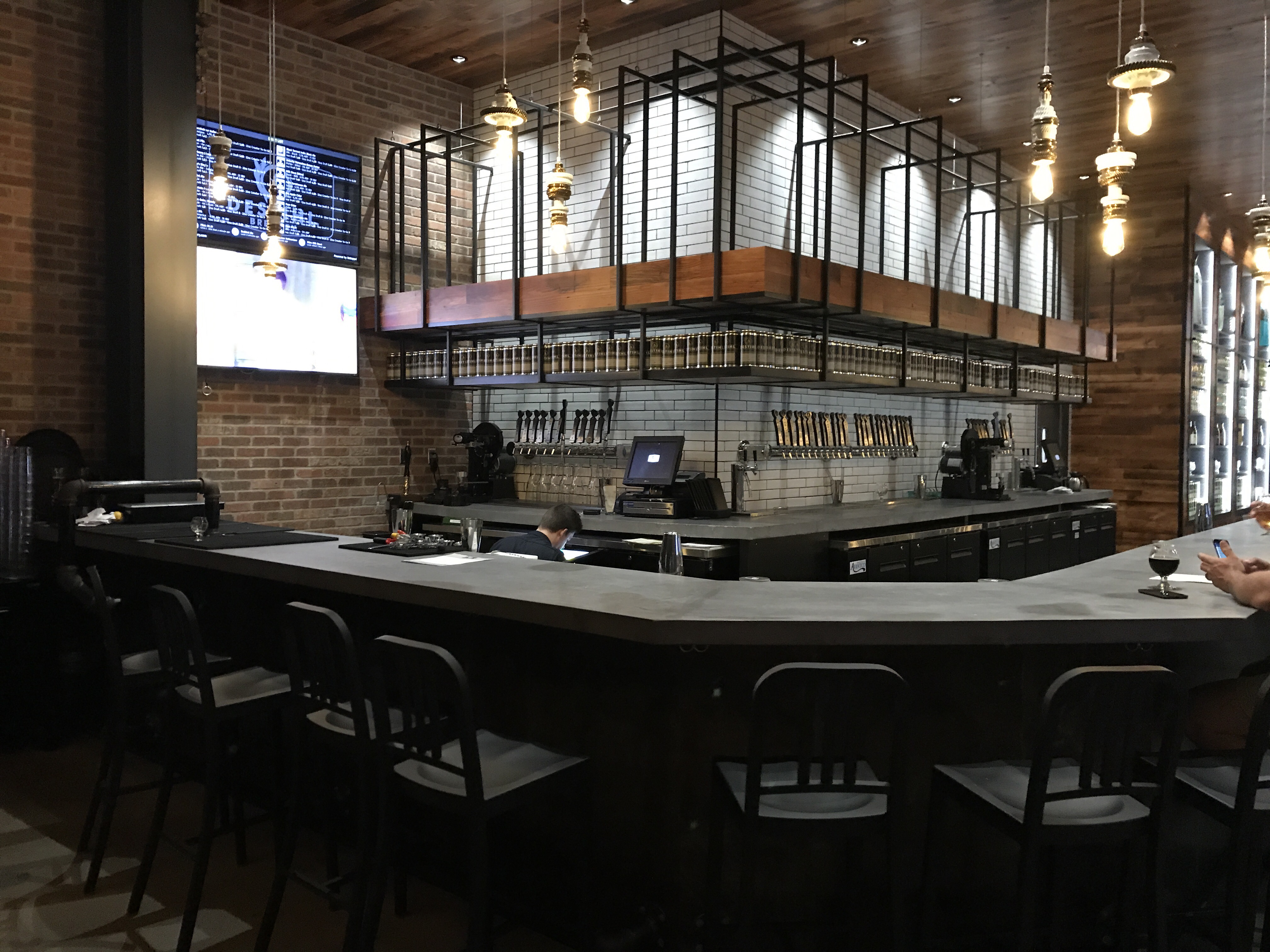 The beers on tap are great.  I am a fan of sours and I always will take a draft.  There was a time when that was rare, and I do fully appreciate how spoiled we are in Central Illinois.  For those who do not know the difference…  Sour beers take on a different flavor because of the “wilder” strains of yeast used to brew the beer.  Artisan brewers from Europe have been using an “exposed to the elements” style of brewing for centuries.  Creating local flavors that are literally the taste of that part of the world.  This flavor profile is very different from your traditional lagers or ales.  Some may call them an acquired taste so don’t fear if your taste-buds are taken by surprise.

If you are not a fan of sour beer, Destihl offers everything from Stouts to Ciders.  As with most brewers in the United States, they are willing to make some big and bold India Pale Ales.  They have everything from mild to skull crushing hop flavors.  If you are a “hophead”, you will be pleased.   As in their past locations…. Destihl does not offer other beers on their tap handles.  Years ago that was a bold statement, but as they have grown their selection of beers, it’s not even an issue to find something you like.  (Ask for samples!  They are always willing to give you a taste if you are unsure) 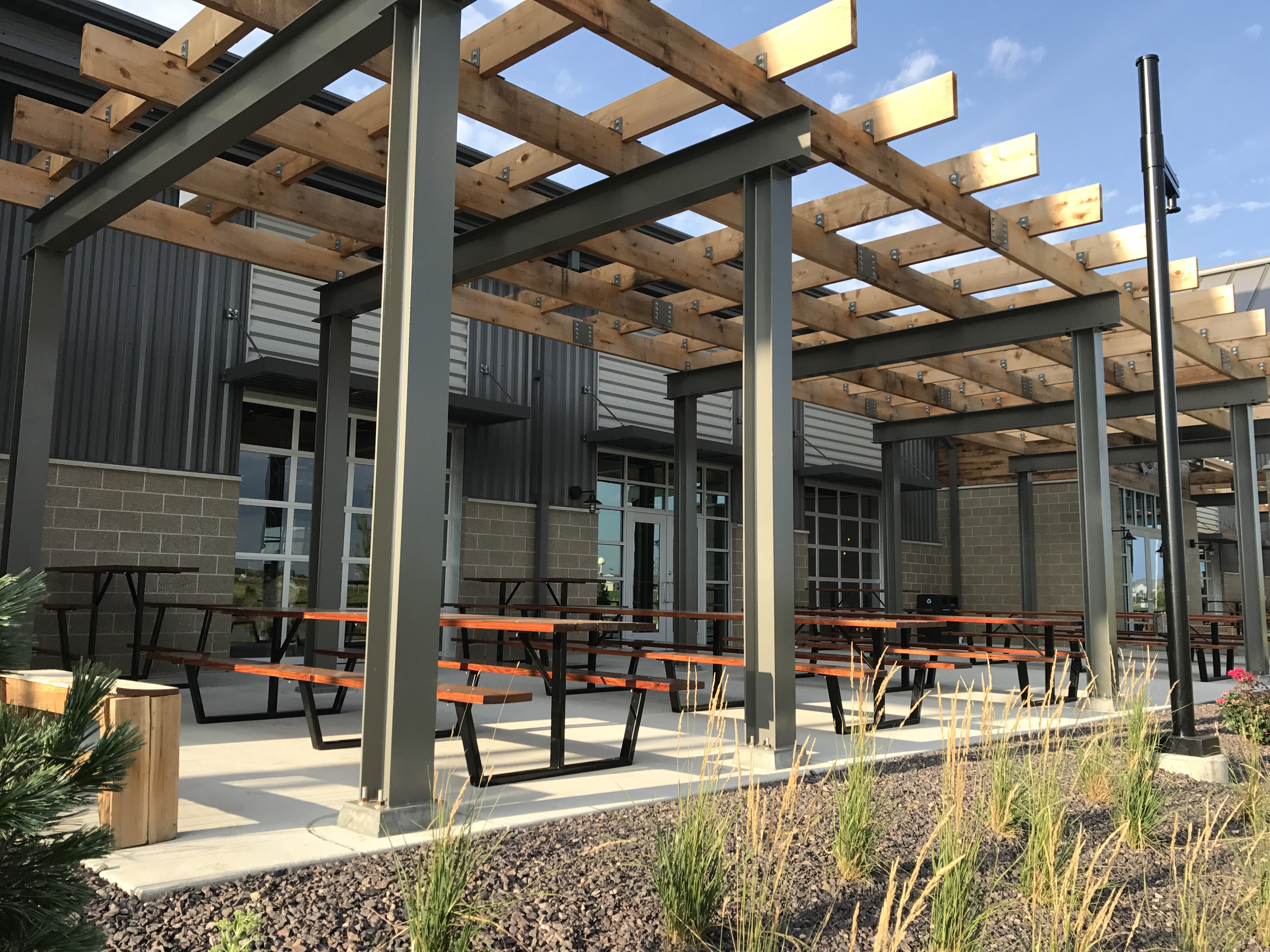 Destihl also offers the newest way to make your beer portable…. The Crowler.  For 9 bucks or so…. Get 20oz of your favorite beer on tap and take it home in a giant can.  The can concept is far superior to those old glass twist top bottles.  No light, no air, nothing is going to ruin your fresh beer.  The crowler, since it is canned, should keep your beer indefinitely.  Drink at your leisure anywhere without the worry of broken glass. 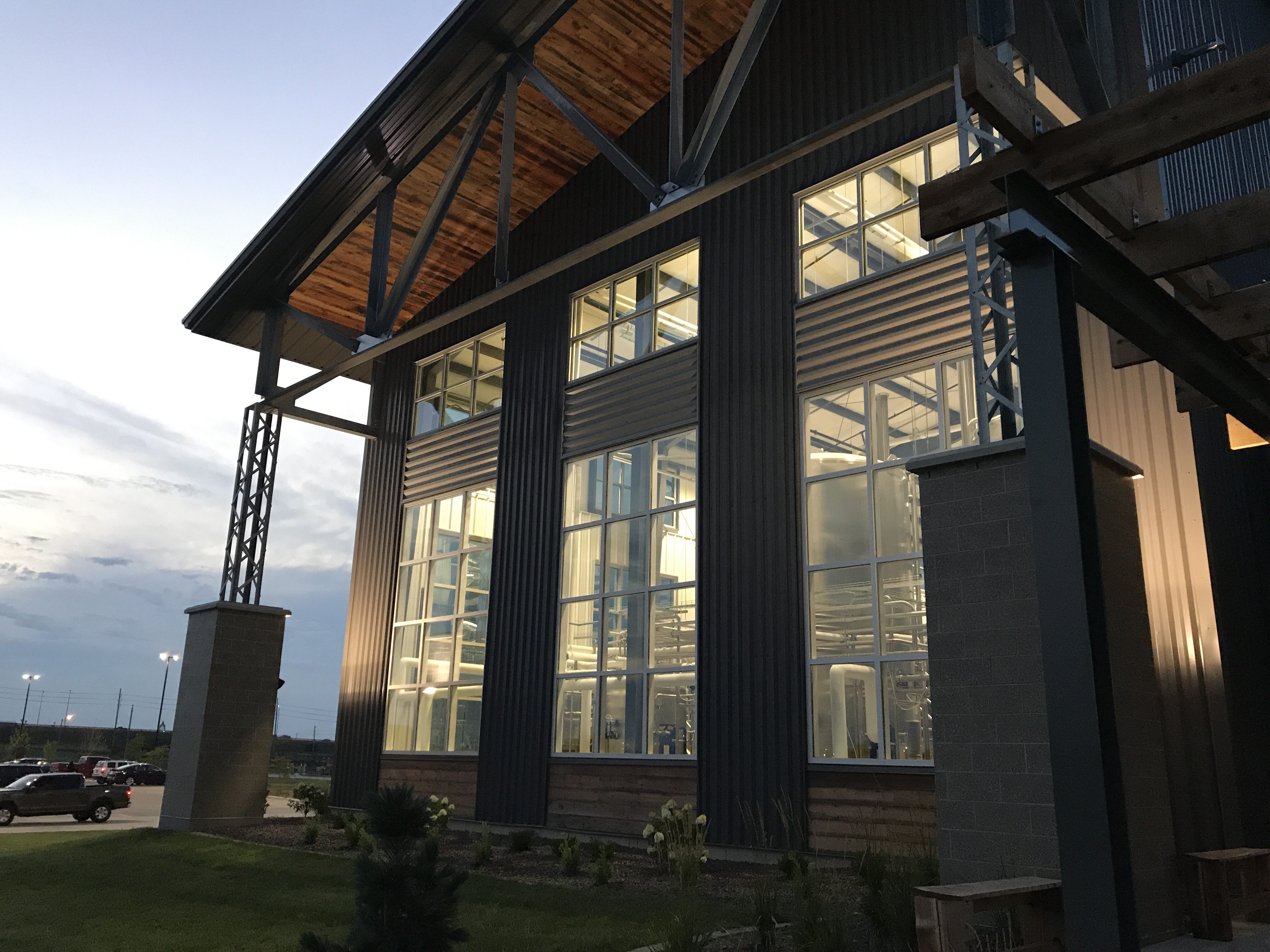 I did not try any food on this visit.

It will be interesting to see what is next for our local craft giant.  Will they get so big that they move their headquarters to Chicago like other local industry leaders?  We have to hope not.  This facility and the beers they make are a feather in the cap of central Illinois.  Locals should show this off to anyone who comes to our sleepy little ‘burgs with the preconception that there is nothing to do in the cornfields of Illinois.

This building stands high above those fields and I am glad to have them here. 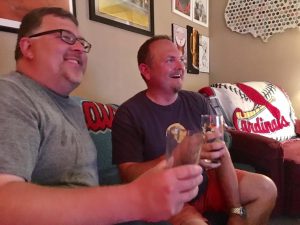 What do you get when you have three guys gather around for a classic Weird Al movie?  You get Drunken Lullabies – Drunk at the Movies – UHF!

Groucho sits in with Dustin “The Voice” and Daryl “The Broadcaster” to watch UHF and drink a bunch of craft beers!

Dustin has been doing a bunch of these psuedo-MST3K podcasts and they are a ton of fun to listen to if you know the movie…  Also a ton of fun if you are participating!  Give his other episodes a listen.

Getting this movie was no coincidence.  I was begging to do UHF.  This movie has become a classic in my house and its one of the few DVD’s that I actually own.  My son uses it as a lithmus test to shake out who he should be friends with.  Its also become a roadmap to what are the essential 80’s movies that he should watch.  If Al parodied it…  We must watch!  Well, except for Ghandi…  We can save that one for a couple years out.

Cue up a copy of UHF and enjoy!

PS… My Victoria Jackson love was a real thing back in the 80’s!

Beers on the show from Aldi, Trader Joes and assorted other places.    Liquid Mechanics and Stone Brewing  beers were killing it!