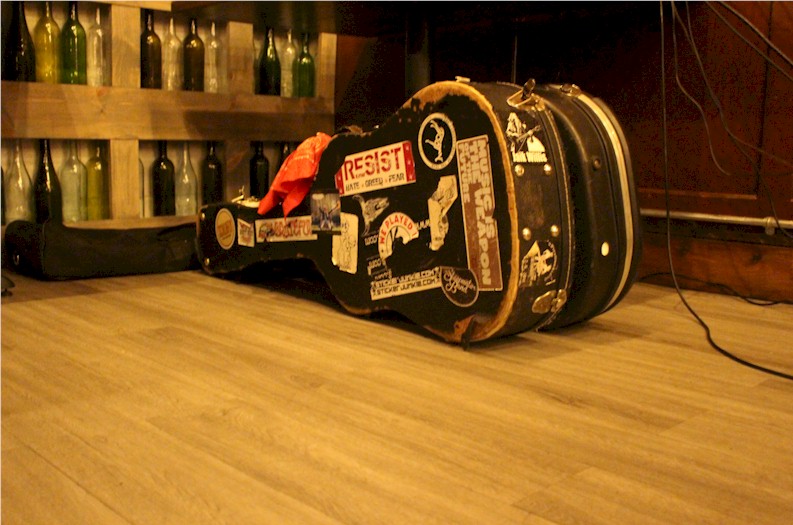 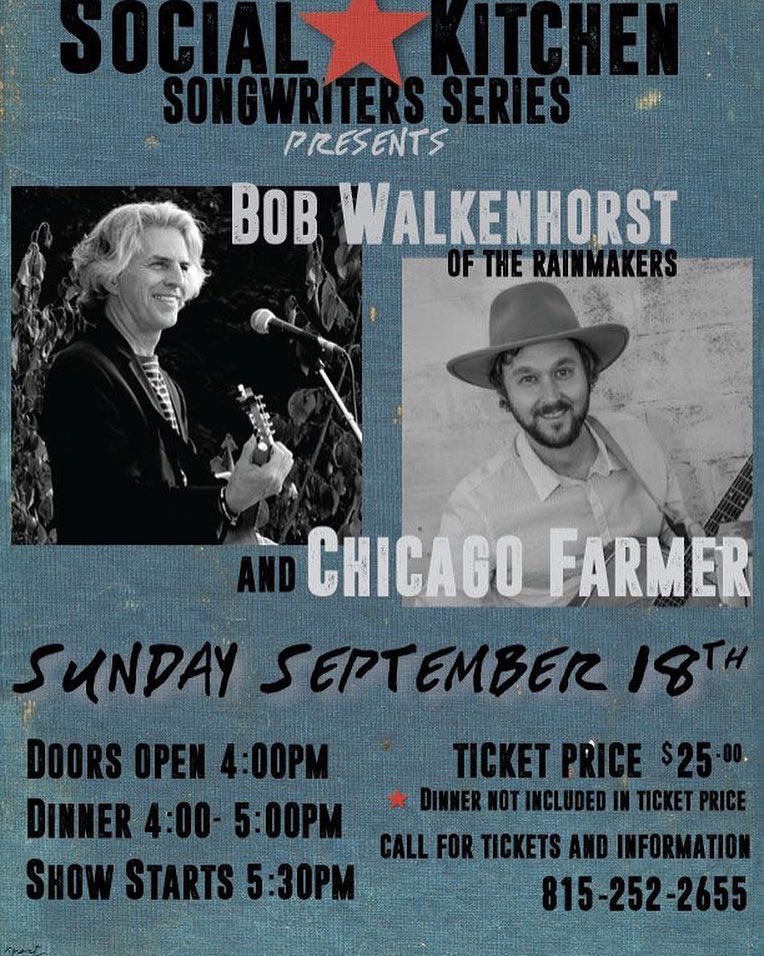 I will admit to being pretty blessed when it comes to this silly little podcast that CHUD and I have been plodding along with for the past decade.  It’s taken us to San Diego where we met new friends and interviewed Greg Koch.  It’s gotten us VIP visits to breweries and opportunities to work with those breweries to get a handle of the topic.   We have interviewed top Brewers and up and comers.   It’s even gotten Groucho a steak dinner in DC!  If we made a list of benefits that come from our 6 bucks a month invested in a domain and online space… It would be an article unto itself.

Adding to this amazing pile of benefits was a recent invitation I got from Dustin “The Voice” over at Drunken Lullabies podcast.  If you don’t know them, they are the other Pekin beer podcast.  Apparently this town IS big enough for two!  Dustin was doing a remote show at the Social Kitchen in Lasalle Illinois  with a few musical acts…  And figured out through shared friends that I followed one of the artists.  Primarily, he was talking about Bob Walkenhorst of the Rainmakers.  Also filling out the bill was Cody Diekoff, more known as the solo artist “Chicago Farmer”.

Cody is from Delavan.  He has been plugging away from complete obscurity a decade ago to near local celebrity in Peoria at this time.  The last time I saw him play was back in 2005 at the Farmhouse in his hometown.   He played against a wall to a local crowd that payed him no mind.  At the time it seemed a little sad, but in hindsight appears to be a testament to the perseverance that it took to get to where he is now.

Bob Walkenhorst.  The reason I listed all the great things that TBR has brought to us was to show you the reverence I had for seeing Bob.  This is right up there as a top benefit to doing the Beer Report.  I have been following his band The Rainmakers since their first major release in 1986.  Yeah, that’s a bit of time.  Bob still plays with the band, but recently seems to spend more time doing solo engagements as he travels across the Midwest.  I pretty much own everything he has produced…  Several times over as media has transformed from LP’s, Cassette and CD’s.  If Dustin was looking for a Bob expert to tag along for this show…  There are few in the Peoria area more qualified.

Drunken Lullabies does specialize in craft beers for its podcast.  But it also serves double duty by focusing on local bands.  Dustin had a unique advantage for this hosting job when he was manager of the local record shop, Co-Op Records.  Even though he is not there anymore, his love for music is evident in his efforts to bring local artists like this to the public.

The invite was to co-host this episode.  Of course, I was taking this gig! 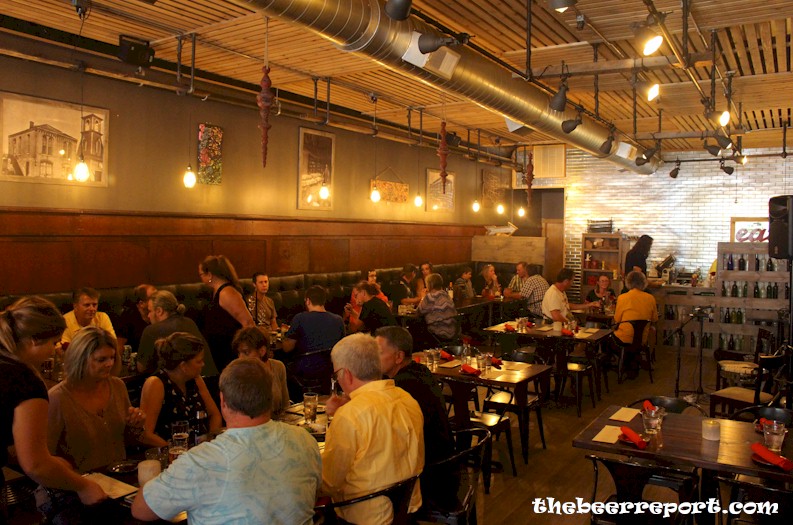 The best part about taking part in something like this was coming across a new venue for great food, craft beer and music.  The Social Kitchen was new to me…. I had no idea that Lasalle was hiding this little gem on its historical Main Street area. 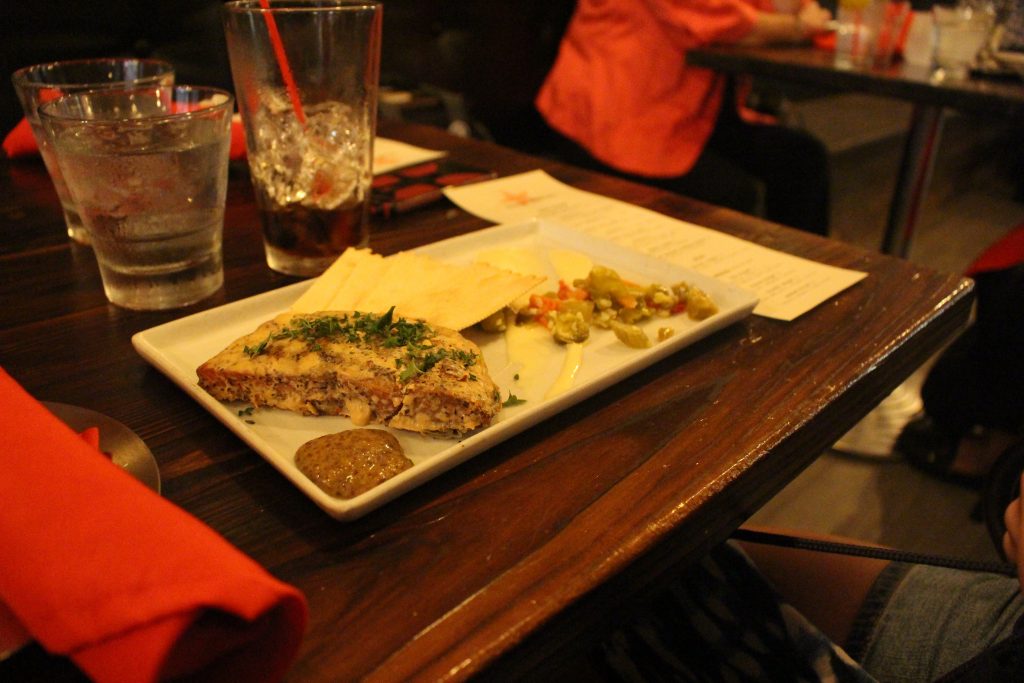 Pre show, we sat down to dinner.  Social Kitchen’s menu is a fresh and inventive mix of local flavors.  They combine that with off the wall items.  Delicious lobster corn dogs anyone???

I had one of the amazing salads and a few Revolution IPA’s.  We shared a table with some other folks and everyone raved about their dishes.   Had we been to the Social Kitchen just to explore a new restaurant, this would have been enough to call the night a success. 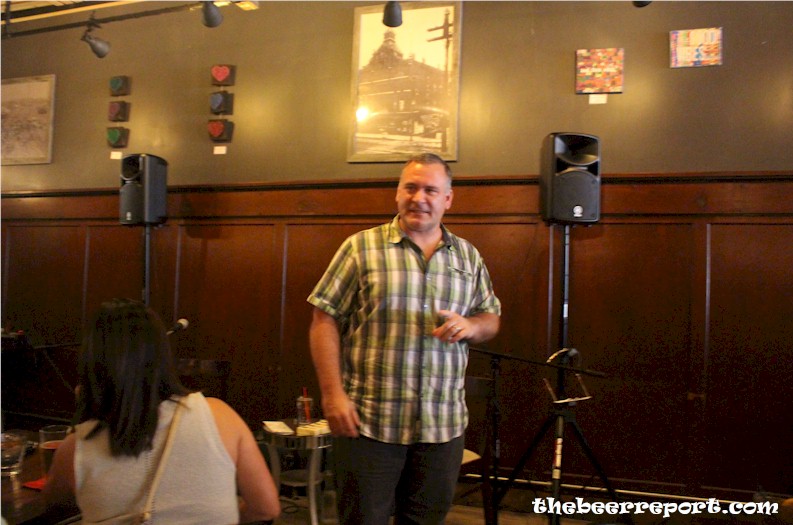 Dave Gualandri got up to introduce tonight’s acts.  Dave is a rabid music fan turned promoter.  His sheer will and love to music is driving a series of concerts at Social Kitchen called the “Songwriter Series”.  I was not prepared for what he was announcing next.  He said that Bob and Cody would be playing side by side passing a virtual baton back and forth as they sang songs about subjects they had agreed to over dinner.  Of course, both artists are from small Midwestern towns, so the overall theme would consist of music aimed at this part of the world we call home.  I was game.  I wanted to hear whole show of Bob… But hey, this concept sounded interesting. 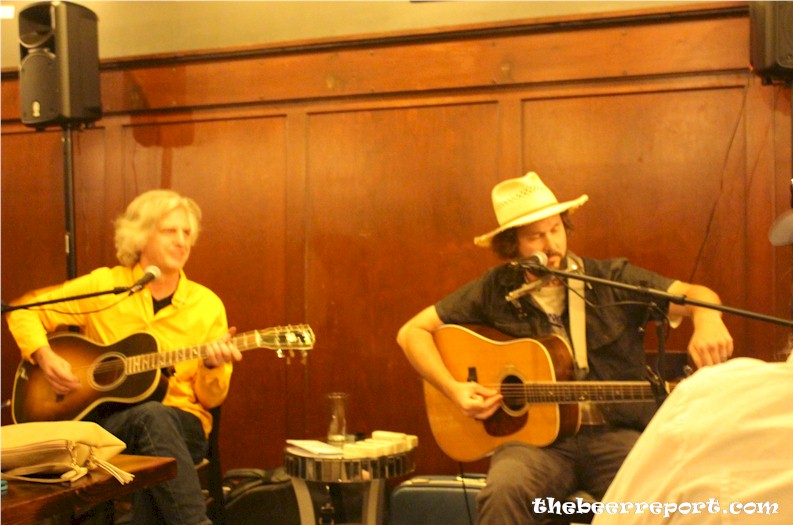 For nearly two hours, Bob and Cody (Who had never met until this night) went back and forth with songs themed with subjects ranging from cars to love.  It was a compelling show that sucked you in and made a couple hours disappear long before I wanted.    Adding to charm of the performance, the Social Kitchen acoustics were paired perfectly with the two artists acoustic guitars and voices.

So, you may be saying… OK Groucho…  This all sounds amazing.   I know that I write everything like a Penthouse Forum letter.  I am just that enthusiastic!   What do you have to show for this?  Funny you should ask.  Dustin had setup a special recording of his podcast with the artists after the show.  What I have to show is Drunken Lullabies Episode 43. 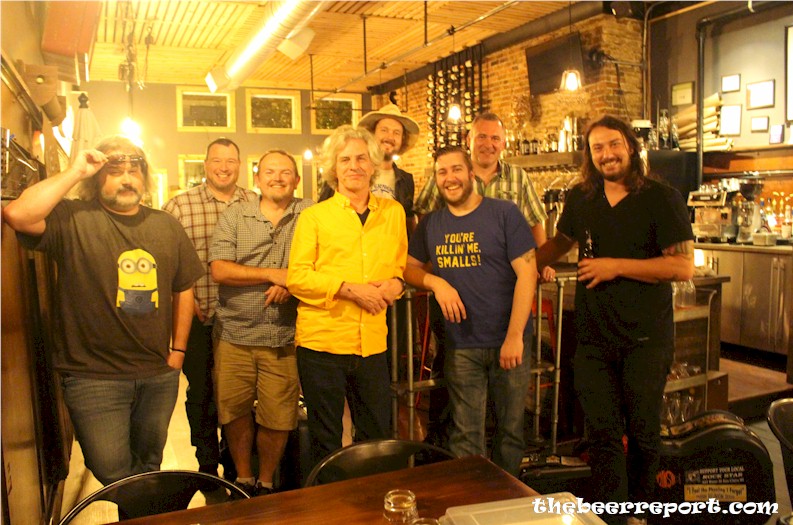 If you want to hear a couple of great Midwestern artists sing a few songs and drink Oktoberfest beers while being educated about beer by a completely entertaining writer named J.A. Konrath…  You have to listen to this one.  Oh, I’ll take credit for inspiring this episodes title as well when Konrath and I have a little fun with each other.

Thanks again Dustin for letting me tag along!