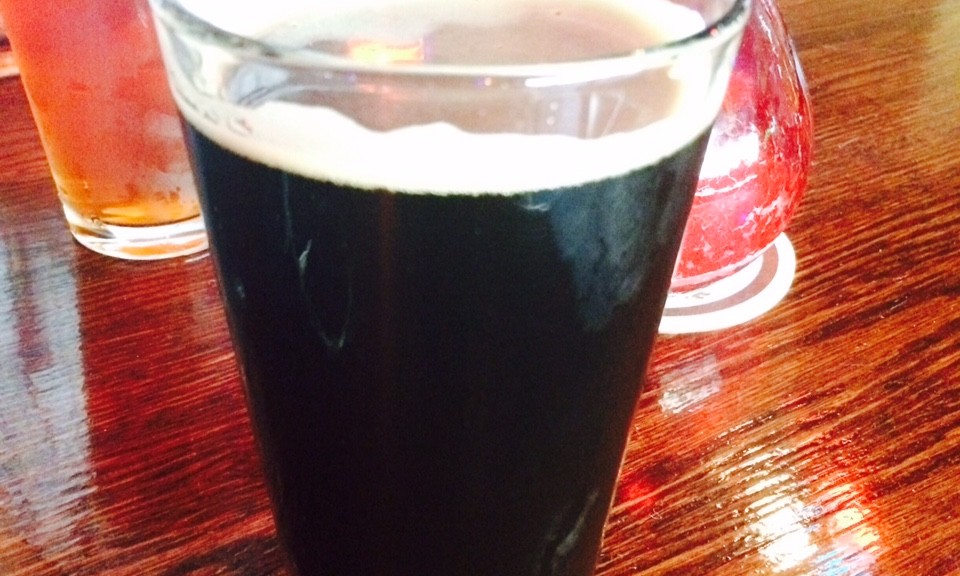 This week, Rhodell Brewery, an institution of downtown Peoria stepped up and spread its wings.  This move and upgrade filled in another gap in the continued effort to revitalize downtown Peoria.

Rhodell brewery has been a staple of bar hoppers in the Water Street Area of downtown for nearly the last two decades. You can get a lot of opinions about their beers, but one thing is for sure, they have outlasted many other Peoria establishments.   While longevity is not an argument for quality, it is a testament to a solid fan base and established business model.   Tonight, Groucho got a chance to stop by the new and improved Rhodell at its new location, the Murray Building.

The new location is just two blocks NE of the old brewery that had been next to Kellehers Irish Pub.  The new residence, the Murray building, is an old warehouse style building with lots of red bricks and air of Peoria history.  It fits the bill for a building that can be molded into modern dwellings and business’ while still keeping the look of authentic.  Future plans call for artist and studio space to fill the rest of the building.

The new digs are great.  Walking into the new brewery I immediately noticed the touches of steel, glass and polished wood creating a modern atmosphere.  Looking around, there is no doubt that lots of money was spent to make this move.  The floor plan is wide open.  Lots of tables of varying sizes and tons of large windows are a great improvement over the previous venue.  The outside seating (Smoking) space is small, and they have used everything they have to work with.  Even is the size is on the small side, its still a vast improvement over the previous location.   The brewing system takes up more floor space than you might expect, but they have done a good job of wrapping the area with seating for those folks who want a front row seat on brew day.  One part of the new bar/brewery that did not make sense to me, the inclusion of the old bar from the Water Street location.  I completely understand nostalgia and honoring the past, but the old bar was dark and grim with a personality that screamed of 70’s plywood paneling.  I was taken aback when I saw that bar with its original roof facade sitting in the middle of this re-birth.

The beers for this week are plentiful.  It would be obscene to sit and sample all the beers they had available.  I counted 14 on draft and cask.  I started with the top of the list and had a Hopgasm IPA.  After that, I tried the Mad Cow Milk Stout.   The Hopgasm was very good and the Milk Stout was above average.   Normally, Rhodell beers have similar notes of flavor.  This has been a criticism of them for years by local beer aficionados who don’t consider them a “True” brewery.  I can tell you this.  Both beers I had were flavorful and fit the bill for what I was looking for.  I did not taste any “Rhodell” profile in either of my beers so it makes me wonder if its been greatly improved over the years or a psychosomatic trick to seek out undesirable flavors.  I look forward to trying some more of their beers to see if they have advanced  as much as the facility. 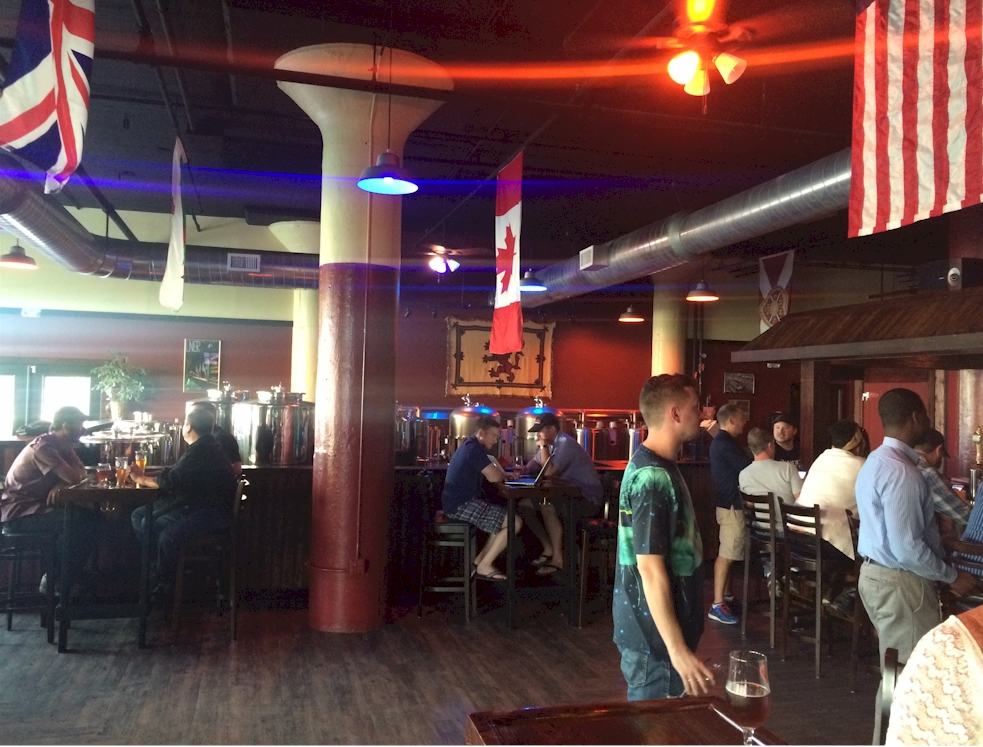 The Hopgasm IPA I had tonight was $7.50 and the Mad Cow Milk Stout was $5.50.  These prices might be where I might struggle with coming back.  Nothing was listed about ABV, Hops or ANYTHING about the brewing process for these beers.  Yet, in my mind, premium money is being asked for the beer.  I felt like I was in a reverse kickstarter…  Normally, my donation would come with the promise of one overpriced beer or t-shirt.  Today those premium prices made me feel like I was overpaying as some kind of quick repayment for the work done.   It will be interesting to see if those prices stay in place when the “new brewery smell” wears off.

In all fairness, it was the 2nd night of operation and it would be expected that they might have some things to flesh out.  Beer listings with information would be a great addition.  I noticed that the chalkboard at the door was still blank on day two…  Another indicator that the operation is brand new!!!

If the goal with this new location is to serve thirsty travelers and businessmen who come downtown, then Rhodell have hit the mark.  Prices seldom matter to company credit cards and proximity to Caterpillar World Headquarters will make this an easy stop after work.  Craftbeer fans in the Peoria should check it.  This is what a modern brewery atmosphere should be in downtown Peoria.  Craftbeer nerds and naysayers of Rhodell should visit and appreciate an awesome temple of beer.   They have certainly earned my respect with the commitment to the new facility.  Its a comfortable space and a welcome addition to the riverfront that seems to struggle with keeping businesses thriving.  This alone warrants a visit. 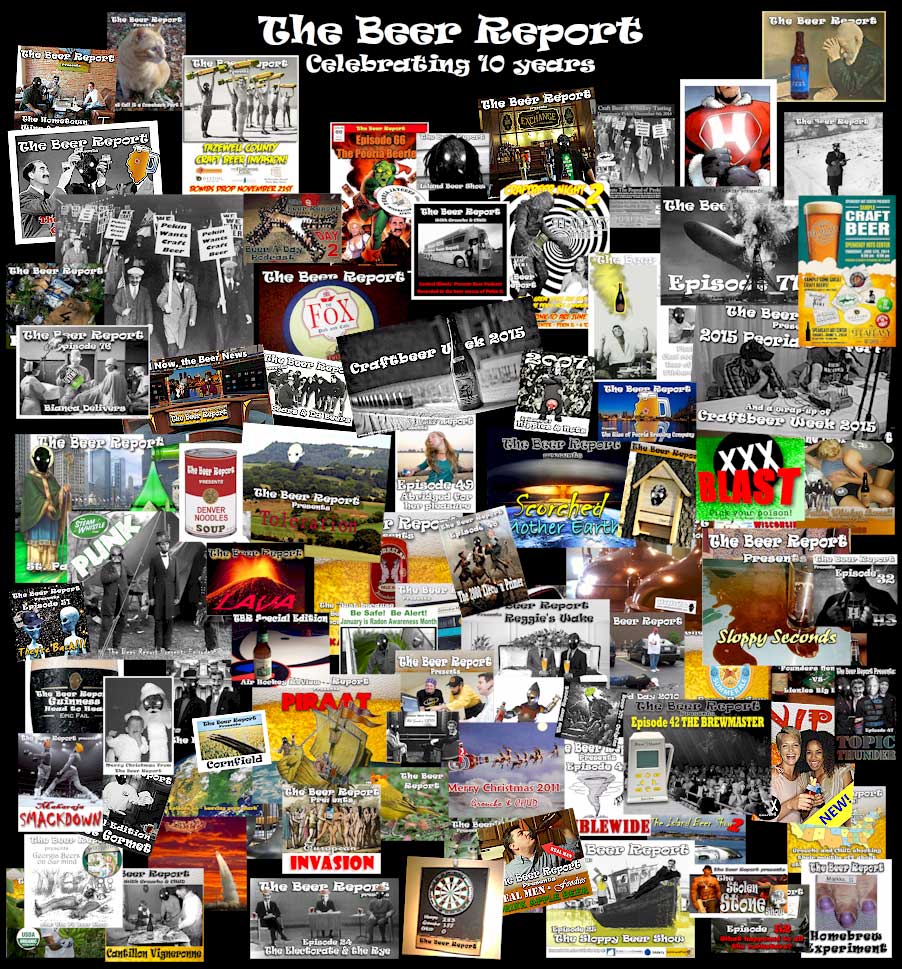 10 years kids!  Who would have thought that Groucho and CHUD could start a little show in July 2005 and keep it going consistently (fairly) for the last ten years.  Certainly not us!

Beers on the show:  “Weez” and “Mean Old Tom” by Maine Brewing Company.

Now… If you listened all the way through, you might be questioning the resolve of the owners of this show to be the beer crazed nuts that we have been in the past.  We still love beer… We still love hanging out with each other…  But the fact of the matter is…  CHUD now has a life as well!  Its going to be hard to pretend that we can get away with this much bad behavior forever!  We will still be out and about.  We will still hang and record.  But, events and launches are back burner events at this point.

PLEASE GOD…  Isn’t there anyone else in Peoria Beercasting to fill the void???  Kinda shocking that there is not!  There seems to be a beer podcast in every town over 30,000 people!

Beers purchased at some cool co-op in Vermont.  Thanks to the “dude” for help grabbing some cool beer!