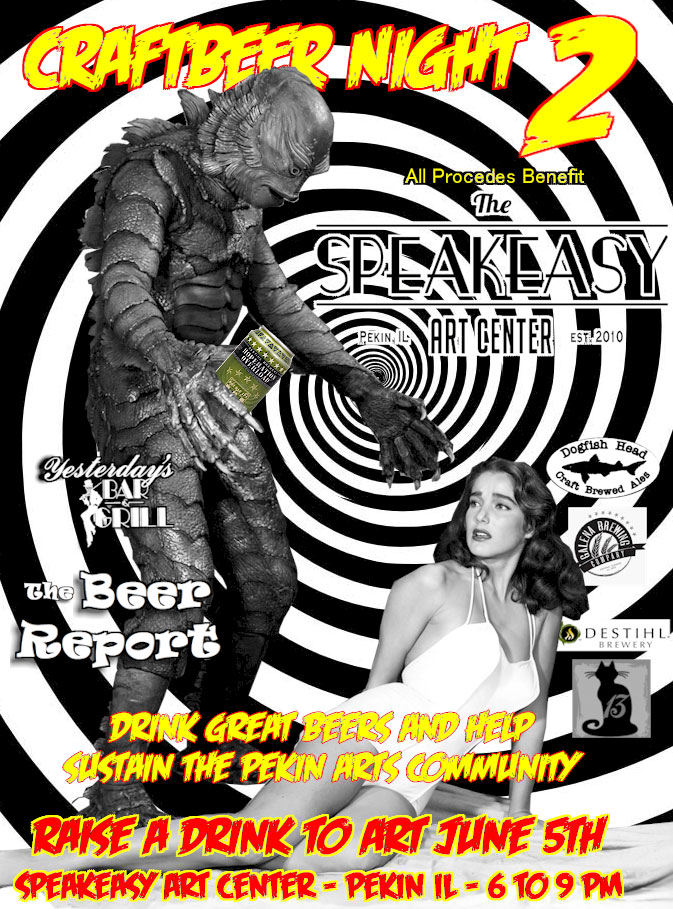 Join us for our 2nd round of beer tastings at the Speakeasy Art Center in downtown Pekin.  We will be sampling great beers from DeStihl, Galena Brewing Company, Dogfishhead and Sierra Nevada.  Also, check out some amazing hombrew samples from Blackcat 13 brewing.   Groucho, CHUD and Chad will be pouring the brews!

All proceeds from this event will benefit the non-profit Speakeasy Art Center and its goal of continued arts enrichment of our fair city.

Tickets for samples will be available at the door.  $10.00 admission includes 5, 2oz samples.  You will have the ability to buy more samples or full pours if you like!

Licenses, permits and legal goodness has been procured by Yesterdays Bar and Grill.  Lets meet up there afterward! 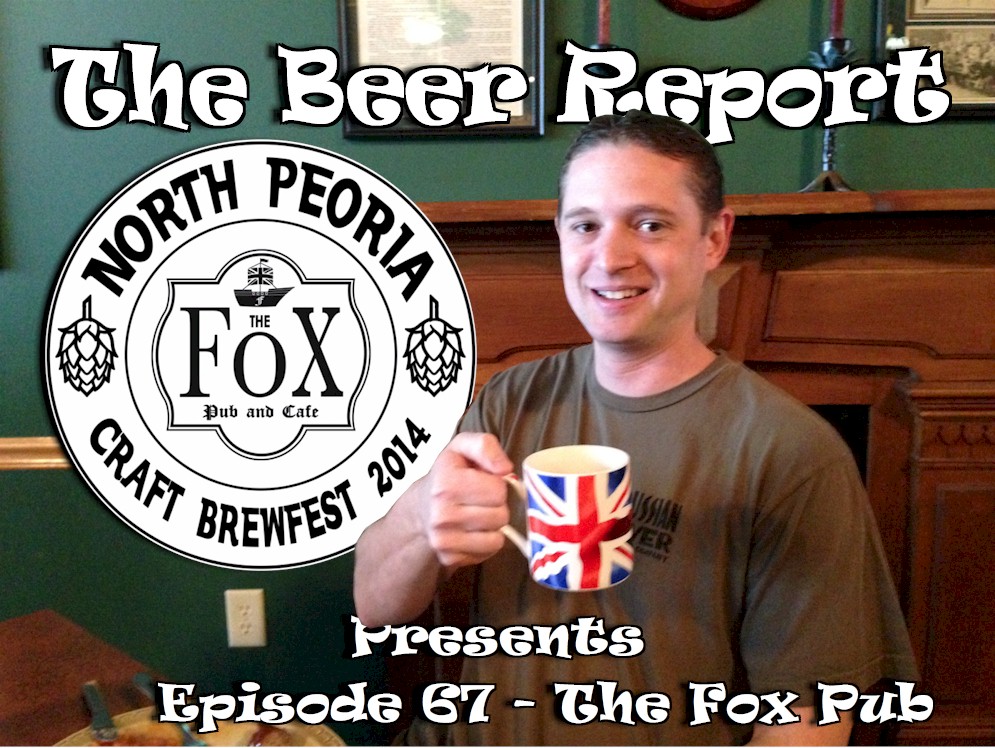 In celebration of the Peoria Craft Beer Week, we get with Matt Rixner of the Fox Pub to talk about this weeks event. CHUD was bumped in lieu of brother CHUMP (Who has been absent since episode 6) to join in with us.  Rob the viking also stepped in to make sure we never had an empty glass!

Are we a bit subdued?  Yeah, probably so.  We wanted to keep it focused on The Fox and this weekends beer event.  We didn’t want to get off on some TBR tangent!  Plus, we knew that scaring Matt on the first remote at the bar would be bad for future business!

Darklord on the show “cellered” and acquired by Groucho, in a rare attempt to show up Rob.  Solemn Oath acquired at the brewery in Chicago by a friend of  a friend…  And that needs to happen again soon!

New theme music, that will probably change again next show provided by a Japanese import copy of Buffalo Daughter, Mutating.

If you are not following us on Facebook…  You should be!

This video was uploaded a few weeks ago to coincide with our beerfest audio edition.