Groucho does it again… Brings back beer from a trip!

This episode of The Beer Report is sponsored by www.newcastlebrown.com.  Check out the lighter side of dark!!!

Beer on the show purchased at DaveCo in the greater Denver CO area.  Thanks to Dave for helping out… Not THAT “Dave”…  Some other guy…  But of course we thought the same thing…  “Is he THAT Dave?”.  Nope… Just a Dave who works there. 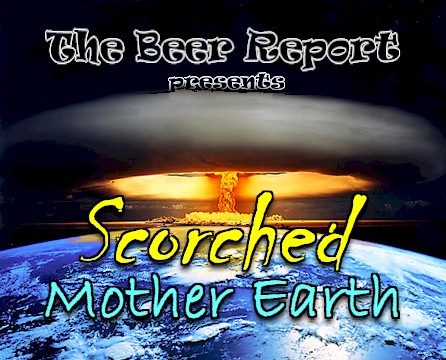 This show is a mess…  Could you expect anything different from us?  We were required by common decency and some loose podcaster standards to be factual and knowledgeable about our favorite pastime…  Beer.  Well, this show proves that we dont always hit those standards.

We should have leveled the beat-down on http://www.motherearthbrewco.com/ for their wussy stance on store shelves showing off low BA and Rate Beer scores next to their products.  They have since repealed it, but you have to wonder who someone with such thin skin could run their own business!

Unfortunately, we flat out got it wrong and picked another brewery to let loose the attack dogs.  Namely, http://www.motherearthbrewing.com/.  These guys started out as innocent bystanders in the beginning of the edit.  But after reviewing our criticism of their website and mission purpose.  We have decided that their “We are green, look at us” overkill was worthy of a smackdown as well.

And, in the end.  Neither of them offer any beers in our area.  So, we drank the most recent craft beer brand to blow into our neighborhood….  STONE BREWING from Escondido California.  Long a show favorite.

Once again, or apologies to the folks at Mother Earth Brewing.  We DO look forward to trying a beer from you guys in the future.  But, the Green thing is really getting over done.