Yeah, we finally drank it! This bottle has been mellowing in the TBR fridge for almost a year… We finally found a weak moment were Groucho and CHUD agreed to break this thing open!   (Oh, and we were pretty trashed by the time this was recorded)

Check out Ambitious Brew by Maureen Ogle at www.maureenogle.com

Also, don’t drink this beer unsupervised… We are professionals, and are equipped with the fortitude to withstand its ill effects 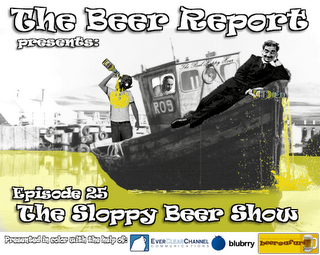 Ahoy, we are sailing the seas of beer… On our floor! Listen… You may hear the sound of beer running out of your speakers/earbuds. Originally, this show was going to be a “Cleaning the Beer Fridge” type theme… But soon enough, things took a turn.

See the extras feed for more comments on the voicemails from Winging It. Hopefully the last we hear about this? Make a luck roll to find out! Thanks to Spoon from SIDT for compiling these. (So we did not have the hear the “Cl*t joke”!)

Beers purchased all over the place! Molson Golden was a gift from Uncle Jose, Founder’s Centennial IPA and Left Hand Brewing’s Twin Sisters Double IPA were both bought at Friar Tuck in Peoria IL. The Wells Bombardier was picked up at UFS in Peoria. 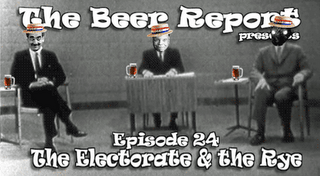 Yeah, we are breaking a big TBR taboo… Talking politics… We have to. Illinois is one of the most corrupt states in the USA. We have nothing to gain or lose with an election show. Its already predestined that Chicago will have its governor and related officers of choice!

Definition of Rye.
Judy Barr Topinka vs Roddy Blagojevich vs the Green Party.
Spanish cretins.
Universal Redneckism.
Chunk of something in the Hop Rod, CHUD misses the “In Drag” joke.
Listener mail from Josh.
Pissing on the flames of the dragon.
The politics of beer.
Hit the polls.

Cain and Ebel purchased at Friar Tuck in Peoria. Hop Rod Rye was a gift from Hawgdog! Thanks!