Its too long, and its pretty boring towards the end…  Sorry, there seems to be a bit of a learning curve to this video thing!

Groucho stumbles around trying to figure out where this beer is from.

Big Foamy Head gets its just deserts when mentioned on our show!

Enjoy, or just pass this one by and check out the next one… Its sure to be better! 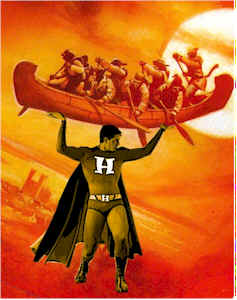 The Homeless Hoopmaster gets a night away from his Wife and Daughter and decides to spend it with us in the Beer Report Studios. This show was recorded on Fathers Day 2006.

Things take an athletic turn as HHM calls out Groucho and CHUD about their activies, or lack of them, and in turn hears about all of the pathetic life experiences that come from the world of sport. Enjoy, we dont let these stories out often.

The show is too long, but I could not figure out what to edit… Listen at your own risk!

Beers on the show… White Rascal purchased at Broadway Liquors in Pekin IL. Arrogant Bastard sent to the show from Hogdawg @ the Dudenight show.